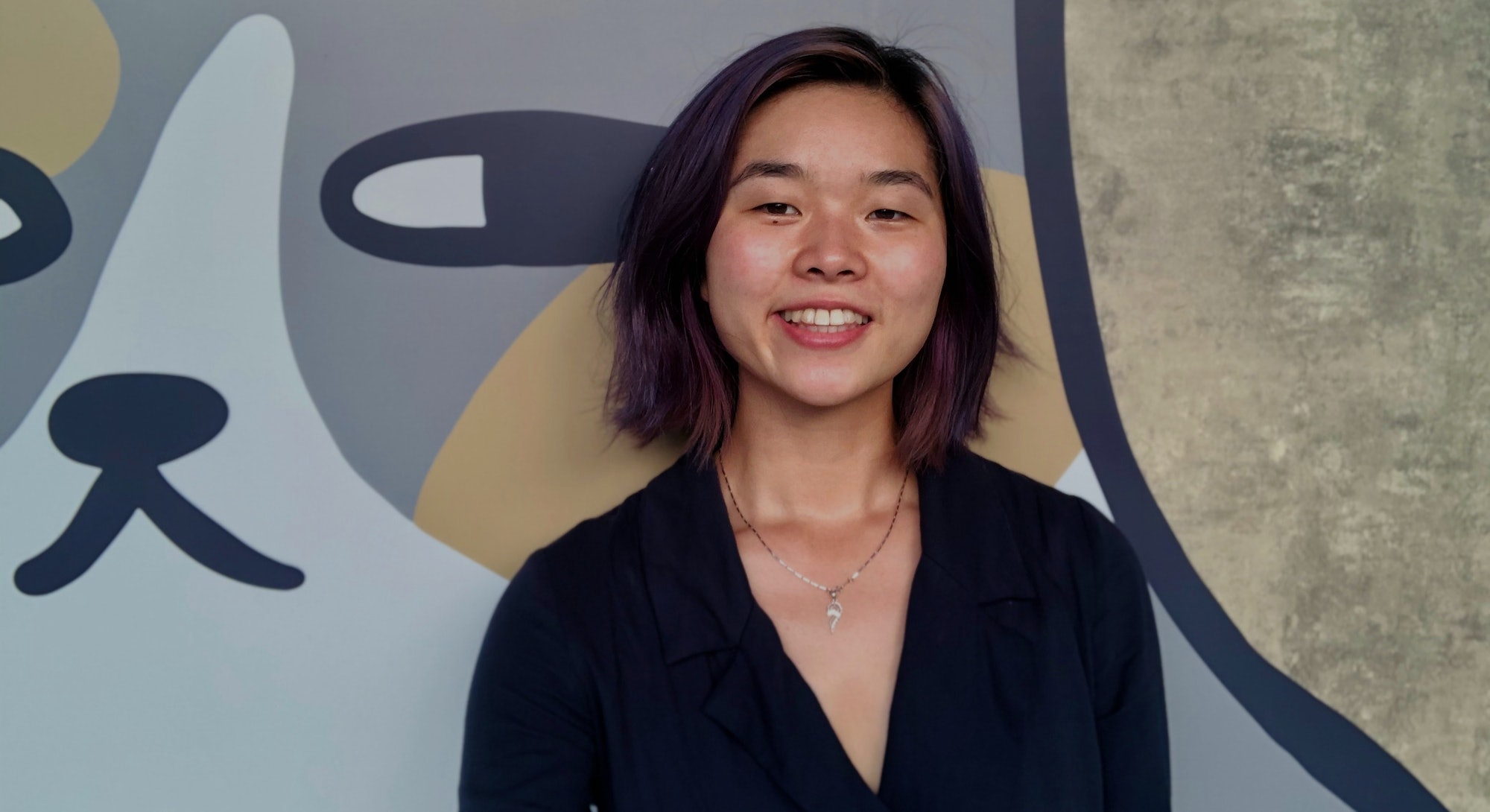 Back in January 2020, Laura Gao canceled her trip to Wuhan, China — her birthplace — because of a mysterious virus that was spreading in the city.

She remained in San Francisco, where she worked as a product manager at Twitter, and watched as the virus spread around the world — and, along with it, a wave of hatred aimed specifically at Wuhan and more generally at Asians.

In response, she turned to a medium she had been using to express herself for years, creating a comic called The Wuhan I Know. It detailed her story of moving from Wuhan to Texas as a child, and described her favorite parts of the city that much of the world only knew as the birthplace of the virus.

She tweeted the comic on March 17, 2020, and it quickly went viral. The Wuhan I Know was covered on NPR, which resulted in emails from prospective agents, and ultimately a two-book contract with HarperCollins. The experience transformed Gao’s life: She went from a nine-to-five routine in San Francisco’s tech world to a full-time artist with a nomadic lifestyle. “It’s like night and day in some ways,” she says. “I still feel like I pinch myself when I wake up and go ‘Wow, is this really the life I have?’”

The now 25-year-old Gao’s first graphic novel, a coming-of-age memoir called Messy Roots: A Graphic Memoir of a Wuhanese American, comes out tomorrow. It details her experiences moving to the small town of Coppell, Texas from Wuhan at age three, plus the next 20 years of her life, during which she explores her identity as an Asian-American and a queer person.

The book stems directly from that first tweeted comic and the positive reactions to it. Gao recalls one Asian-American mother commenting on Twitter that the comic was the first piece of art on the complex subject of identity that she felt comfortable showing to her young daughters. The woman asked if Gao had other comics, and the request both touched Gao and made her feel like something of an imposter.

“I was 23, and I was still playing identity tug-of-war with my therapist,” Gao says. “I was like, ‘Man, I can’t even use chopsticks correctly. I don’t know if you want me as the expert on this.’”

The episode drove Gao to think even more deeply about a subject that had always been top of mind for her: the representation of marginalized identities in media and pop culture. Growing up, she rarely came across any sort of novels or TV shows about queer Asian folks or about her hometown of Wuhan. Now, she had an opportunity to create one. As she wrote the book, she put reminders on sticky notes: “You are writing this for younger Laura and other younger Lauras out there.”

Gao had always been creative growing up, and when she started working at Twitter, she found that art provided fulfillment she wasn’t getting from work. She started creating and tweeting short comics about whatever was going on in her life, and toward the end of 2019, she began seriously considering making a jump to becoming a full-time artist. Even before her comic went viral on Twitter, she’d made a tentative plan to travel around the world, teach art part-time, and focus on her own creative endeavors.

Still, Gao had misgivings about leaving a steady job in tech for life as an artist. Then a close friend of hers was slain in a drive-by shooting. Gao thought about the dreams her friend had never been able to pursue and decided she needed to go after her own. So when she got the book deal with HarperCollins, she gave Twitter her notice.

While her life today is more flexible than it was before, Gao has been working hard — she wrote the entire 270-page book in a year and a half, even though she had never written any comic longer than a few pages before then. “It was a lot of heart, soul, sweat, and tears, for sure,” she says.

In one scene in Messy Roots, Gao, asks her mother for a new name. After her mother protests and explains the thoughtful meaning behind her Chinese name, the two decide on Laura. (“The First Lady!” reads the narration. “Could it get more American than that?”) Elsewhere, she details the difficulties of fitting in, like when her classmates suspiciously sniff the Chinese lunches she brings to school.

Gao gives an account of the family’s first trip back to Wuhan in 10 years, exploring the feeling of not quite belonging in either China or the U.S. Her cousins in Wuhan take her shopping because she looks like a wai guo ren (foreigner). She gets annoyed at her younger brother when he insists on eating Pizza Hut there.

The comic itself mirrors the way Gao has toggled cultures, with panels jumping between Wuhan, Coppell, Philadelphia (where she went to college), and San Francisco. Gao says that she worked with her colorist, Weiwei Xu, to create specific color schemes for each of these settings to reflect the mood she had at the time.

The muddy yellows and browns in the Texas scenes reflect Gao’s sense of being suffocated and misunderstood. The green and oranges in Wuhan scenes represent Gao’s awe and nostalgia. And the blue and white scheme for college and beyond convey freedom and safety.

She adeptly uses the comics medium to play with language and symbols. On one page, she lets us into her imagination, breaking down the Chinese character for love into a drawing of two lovers embracing in secret, parents upstairs. (Over the course of the book, Gao comes to terms with her queerness: She navigates crushes in middle and high school and comes out in college, to varying reactions.)

Elsewhere, a string of words from her parents’ phone conversation morphs from English to Chinese. As the book goes on, she weaves in more Chinese words without translating them, expecting a certain level of assimilation from her audience. “I wanted to show how my own understanding of both languages evolved as I grew up,” she explains.

She punctuates certain scenes with nods to Pokémon and Super Smash Bros. “I was putting myself in the mindset of who Laura was when she was in middle school,” when video games were an enticing escape for someone who didn’t feel a sense of belonging, she says. When she heads to college, a banner reads “NEW CHARACTER UNLOCKED,” and Gao is presented with several options of personas to assume. “That’s what college felt like to me,” she explains. “At this point you are going to reset the game and start over.”

The novel itself has seemingly “unlocked” yet another new character for Gao. “Now I get to fit work around life instead of the other way around, which is such a game-changer,” she says. “I can just get lost in this deep creative focus world all day.” She has also taken advantage of her ability to work anywhere, spending stretches of time in different parts of the world, including Taiwan and Portugal.

Gao is currently working on her second book with HarperCollins, a fictional comic featuring queer Asian-American characters. She’s hoping to finish in time for a 2024 release.

She also has plans for another autobiographical book, which will focus on the past few years of her adult life: quitting her tech job, becoming a full-time author-illustrator, coming out to her parents, and traveling the world. “That one’s still in the works,” she says, “since I guess I’m still living it right now.”