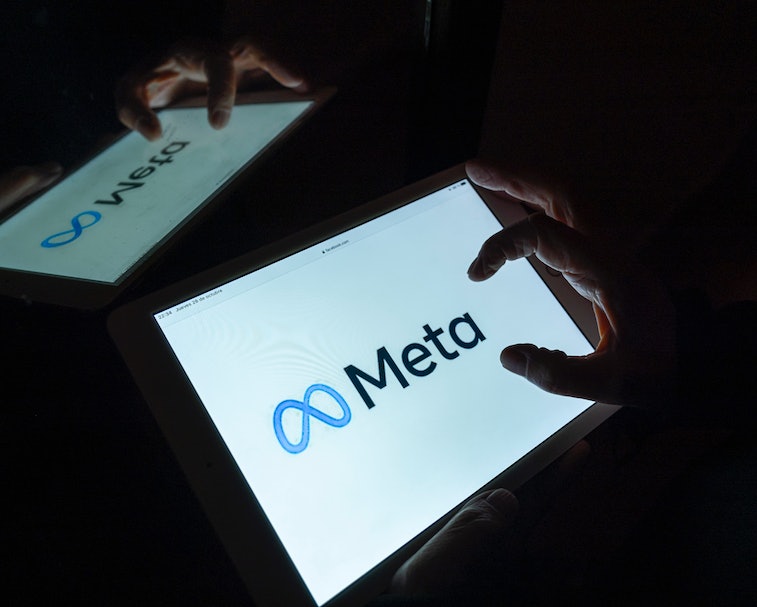 After news broke on Friday that the U.S. Supreme Court voted to overturn Roe v. Wade, the 1973 decision that protected abortion rights on a federal level, people on social media started to discuss the fact that abortion pills can be sent via mail, sometimes offering to send pills to those left without abortion access — that is, until Meta stepped in.

According to Motherboard, the social media giant swiftly removed posts with phrases like “I will send you abortion pills” and mentions of the specific drugs “mifepristone and misoprostol” which end early pregnancies. Motherboard also found that even mentioning that abortion pills can be sent via mail (legally, mind you) resulted in swift removal.

The Associated Press noted specific inconsistencies in enforcement: specifically, posts offering guns or marijuana (which is illegal to send by mail) weren’t removed. Meta’s most vocal attack dog, Andy Stone, has since clarified the removal of the posts discussing the issue, saying suspensions and censorship were the result of “incorrect enforcement.”

Is a mail-order abortion allowed? — The FDA legalized mail-order abortion pills in December 2021, meaning that patients don’t need an in-person appointment to obtain drugs used to terminate a pregnancy up to 10 weeks’ gestation. Telemedicine for abortion isn’t allowed in 19 states, but it’s ostensibly possible for someone in a state where it’s banned to set up a telehealth appointment and get pills sent to a friend in a legal state.

But rules vary: In Texas, for example, mailing abortion pills can land you in jail, though there’s no clear way to consistently enforce this. The USPS is already struggling to stop people from sending illegal drugs through the mail — it’s still a rather inefficient whack-a-mole strategy. Overall, the state-level differences in telehealth abortion access are vast.

Facebook’s official policy states: “To encourage safety and compliance with common legal restrictions, we prohibit attempts by individuals, manufacturers and retailers to purchase, sell or trade non-medical drugs, pharmaceutical drugs and marijuana.” As reported by Protocol, there are exceptions, for "legitimate healthcare e-commerce business."

According to its own policy, Facebook seems to have taken its enforcement on the issue too far. It’s one thing to ensure users are complying with laws in their respective states, but sweeping up those who simply discuss the issue of sending abortion pills shows the platform doesn’t quite have moderation down to a science.