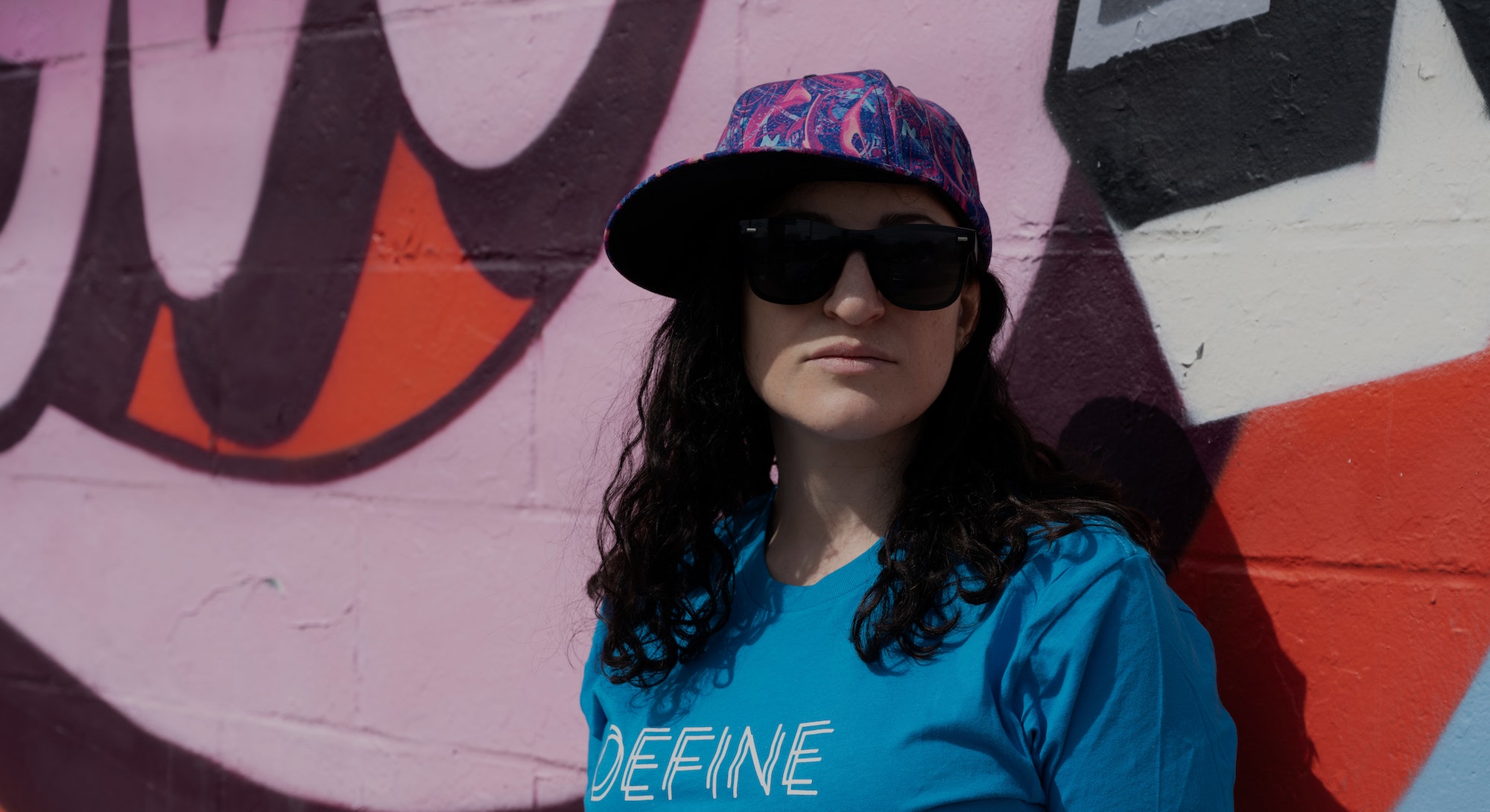 Kody Green first started experiencing symptoms of schizophrenia in 2013, during his sophomore year of college.

He was plagued by hallucinations of faceless figures he referred to as “shadow people” and paranoid delusions that nefarious medics were coming to take him to a mental facility. He believed that he could read others’ minds and hear their thoughts.

Although he was no stranger to schizophrenia — his mother also has the disorder, and he cared for her during his adolescence — he couldn’t recognize what was happening to him at the time. Everything he experienced felt real.

To cope, Green turned to drugs. He started with pills, before moving onto cocaine and methamphetamine — anything to keep him awake, so he couldn’t be captured and taken into psychiatric care. It only made his condition worse.

His drug use became so rampant that he was arrested for driving under the influence in 2013 after he was involved in an accident with another vehicle. (Although he was sober at the time, Green tells Input that under Wisconsin law, the trace amounts of drugs in his system at the time of the crash meant he had committed a punishable offense.)

The arrest marked a turning point for Green, who was sentenced in 2015 and ended up serving just under a year in prison. Shortly after his 2016 release, he finally received a diagnosis of undifferentiated schizophrenia. He spent the next few years figuring out a medication regime, unsuccessfully pursuing a job in human resources, and starting a local nonprofit to help people with criminal records find jobs.

In 2019, when his wife introduced him to TikTok, his life took another turn. “I did a schizophrenia story time, where I told everyone about an experience I had as a person living with schizophrenia,” says Green, now 28 and living in Wisconsin. “I went from 2,000 followers to 10,000 followers overnight, and then it just kind of spiraled from there.”

He now has 1.2 million followers on his TikTok account, @schizophrenichippie, where individual videos of his have amassed as many as nine million views.

Green is one of a handful of creators on TikTok who openly posts about life with schizophrenia in a bid to reduce the stigma around the often-misunderstood mental health disorder. The condition, which the World Health Organization describes as “characterized by significant impairments in the way reality is perceived,” often involves persistent delusions, hallucinations, and disorganized thinking. It is thought to impact one in 300 people worldwide; of those with the disorder, one in 100 are American adults.

But creators in this space say they have a problem when it comes to their advocacy work: TikTok isn’t helping them. They feel abandoned in their efforts dealing with trolls and bullies, battling disinformation, and improving perceptions of their mental health condition. Things got particularly bad, influencers say, when TikTok essentially banned the #schizophrenia hashtag, although none of them can pinpoint exactly when that happened.

For Michelle Hammer — a 34-year-old schizophrenic creator from New York who has nearly 17,000 followers on her TikTok account, @Schizophrenic.NYC — sharing her experiences on social media was an impulse decision. Although Hammer was no stranger to discussing mental health online — she founded her clothing brand, Schizophrenic NYC, to raise awareness about her disorder — she hadn’t really filmed herself before.

But when she set up a security camera in her living room and captured some of her episodes, she knew she had to upload them to TikTok. “I have one of them where I’m just shoving my face with ravioli as I’m talking to myself. For a while, that was my most-viewed video,” says Hammer, who has taken medication for schizophrenia since she was diagnosed at 22.

That clip has been viewed more than 100,000 times. One of Hammer’s subsequent videos, of another schizophrenic episode, has received more than three million views.

Her intent was to show just how harmless people with schizophrenia can be. “When you hear that a person has a schizophrenic episode, the assumption is that they’re doing something extreme, like running around naked with a knife in their hand, trying to stab people, and yelling crazy things,” she says. (One of her clothing brand’s shirts bears the rhyme “I’m Mentally Ill, and I Don’t Kill.”) “The reality is, they can just be sitting on their couch watching TV and talking to themselves. It’s not scary at all. I always say my content is educational in that sense.”

Other schizophrenic creators have used TikTok to share the ways in which the disorder can be managed. “Yes, I’ve had years of chaos and things happen to me. But every doctor and therapist I speak to says there’s nothing wrong with me besides the fact that my perception is constantly changing in and out,” says Chris Gilbert Grant, a 25-year-old schizophrenic content creator and painter from Northeastern Canada with 1.5 million followers on his TikTok account, @xoradmagical.

Grant was diagnosed with schizophrenia after a prolonged episode of paranoia that left him homeless at one point. “Reality is a very fickle and weird thing for me,” he says. “It’s very easily changeable and altered.” He says he has made great strides since he was diagnosed, largely by managing his audio and visual hallucinations through making art and TikTok videos, rather than taking medication.

“The psychiatrist that I see says that if I’m able to draw the faces in front of me and explain what’s happening to me, and to articulate myself and ground myself in reality, there’s no danger — and I agree with that,” he says. Grant has incorporated animation into his TikToks to show viewers what he sees during psychotic episodes.

His views on treatment are guided, in part, by his own belief system. “In our language, we don’t have a word for schizophrenia,” says Grant, a member of the indigenous Mi'kmaq tribe from Pabineau First Nation, Canada. “[We call it] ‘test of the spirits.’ Not in the literal sense of looking at spirits or ghosts or whatever —but as a force or vibration or a feeling. It’s so hard to describe in English. It’s like an intuition.”

Grant says he’s gotten some alarming reactions from the TikTok community at large. “I’ve had people deify me or tell me that I’m Satan and send me Bible verses. I’m treated like a monster or a demon, and people don’t talk to me like a human being — that bothers me,” he says. “I know they’re trying to help me, and it’s so beautiful. But they need to stop. There’s some suffering, but every blessing has a curse.”

Creators like Grant who shun medication are controversial figures in the world of schizophrenic TikTok. “I do think there are some people with schizophrenia who believe it’s a spiritual awakening, and then they talk about that on their page,” says Green, who declined to name names. “I think that’s dangerous, so I don’t engage with those creators.”

Green’s own videos lean more toward comedy and storytelling. He has spoken openly on TikTok about how medication has helped him to control his delusions and better manage his symptoms. “Advocating for not taking your medication and embracing the voices you hear?” he says. “That can be really detrimental to people with psychosis, especially with delusions.”

No matter what their take on medication is, influencers in the space all agree that TikTok isn’t doing enough to fight trolling. “Every schizophrenic creator I know has been called a fake,” says Hammer. “There should be more monitoring, so if someone keeps bullying certain creators, they get a message to remind them to watch what they’re posting.”

Grant, meanwhile, has struggled with people who abused TikTok hashtags. “People used the schizophrenia hashtags to post memes saying things like ‘Your skin will fall off,’” he says. “I think that’s extremely cruel. I don’t know what gives people the right to think that their reality is superior, and they can attack someone else for seeing things.”

Schizophrenic creators suspected that such abuse was behind TikTok’s near-ban on the hashtag #schizophrenia on its platform. (A search for the word schizophrenia or the #schizophrenia hashtag on TikTok would pull up links to mental health crisis hotlines, but not reveal any videos.)

A spokesperson for TikTok tells Input that the platform does not know how long the #schizophrenia hashtag was banned and says that it had been limited by mistake. As a result of Input’s inquiry, TikTok has reinstated the hashtag. “We’re determined to build a supportive and safe environment for community members to share their personal experiences with mental well-being, find community, and lend support to one another,” the spokesperson says via email.

For creators who feel that the near-ban further entrenched the stigma around schizophrenia, it may feel like too little, too late. “I think they need to apologize,” Hammer says of TikTok.

Still, as a result of the reversal, more users will be able to learn about schizophrenia on the platform. “When I was first diagnosed,” Green says, “I would have done anything to be able to go on my computer, type in schizophrenia and be able to watch creators who struggled with that illness.

“I want people to remember my face when they hear a story about schizophrenia,” he continues. “I want them to think of me and remember that people with schizophrenia are not inherently dangerous.”