Everyone breathe easy, Seth Green got his Bored Ape back 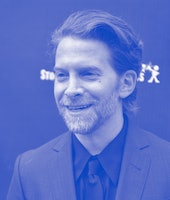 The estimated price it cost to return 'Fred Simian' to its rightful owner.

We don’t know about you all, but we’ve had a terrible time sleeping these past few weeks, what with Seth Green’s Bored Ape NFT being kidnapped, and all. Thankfully, the tortuous and dramatic saga seems to have finally found a happy conclusion — BuzzFeed News reports that Green has successfully reunited with his beloved “Fred Simian” NFT after doling out 165ETH (or roughly $297,000) to a collector known as “Mr Cheese” for Fred’s safe, digital return. Incidentally, that’s about $100,000 more than Mr Cheese paid for it last month, so we’ll let that one sink in for a moment.

Green, like so many others, was the victim of a crypto phishing scam back in early May, during which time four NFT characters in his possession were looted and subsequently resold to buyers, including the aforementioned Mr Cheese. According to Green himself, he had spent months “developing and exploiting the IP to make it into the star of this show,” a mixed live action-animated series apparently called White Horse Tavern which looks, uh — well just watch for yourself.

Increasing issues with security — Green’s absurd dilemma is only one of the more high profile instances in recent months of crypto scams taking advantage of countless people under the assumption that blockchain transactions are inherently more “secure.” Unfortunately, it’s becoming increasingly clear that the crypto and NFT industries are rife with bad actors running complicated scams that are able to bilk people out of a bunch of money within an ecosystem devoid of almost any oversight or accountability.

As such, NFT sales have plummeted over the past year as hype dies down and more of these unfortunate stories make the rounds. Plenty of people and companies are still trying to cash in on the fad, but it’s hard to drum up renewed interest when a single image of a cartoon ape can potentially drain you of hundreds of thousands of dollars for a really, really terrible looking show, apparently.