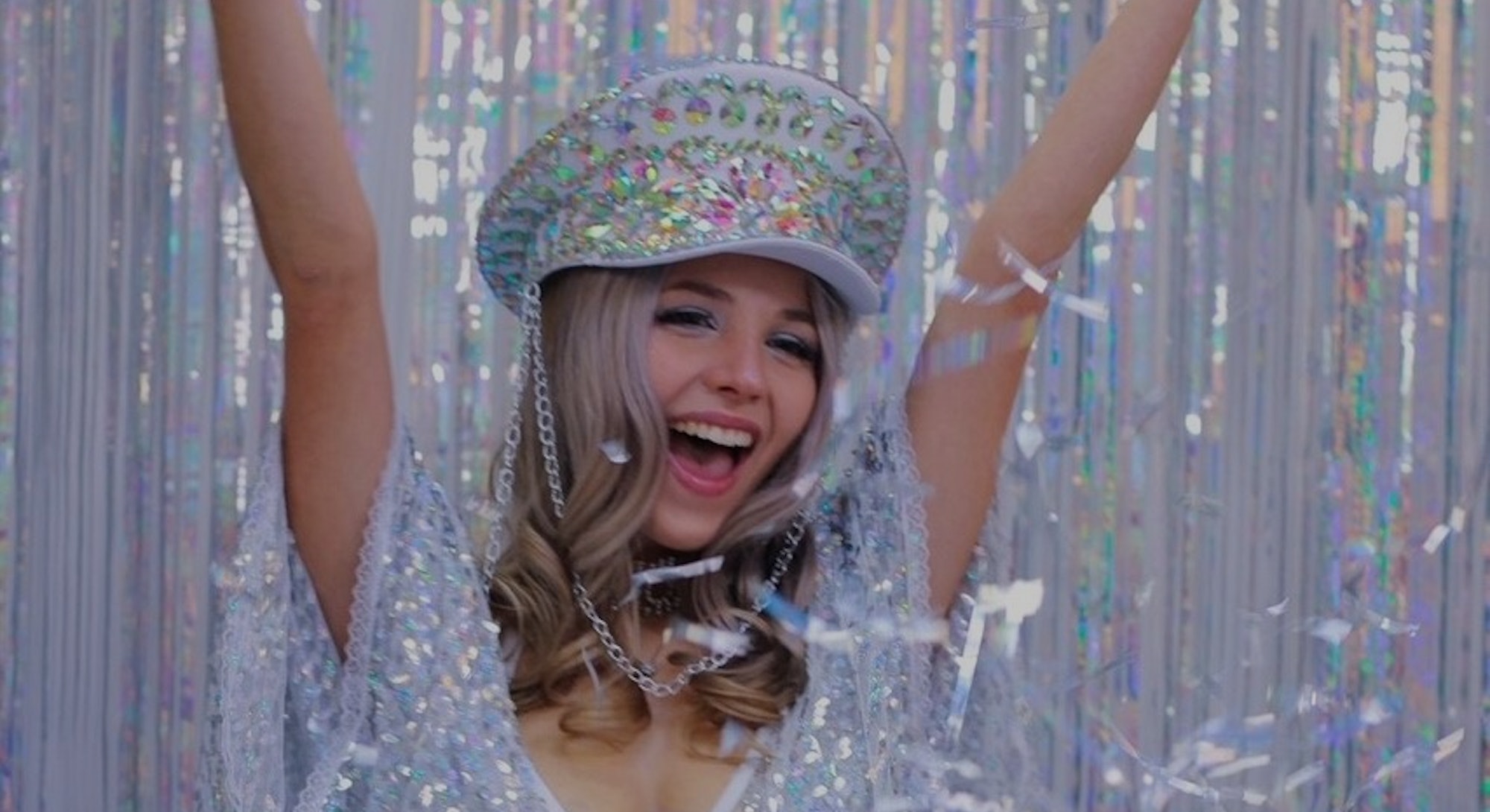 With the electronic dance music scene largely on hold because of the pandemic, Joanna Yanetti spent much of the last two years posting TikTok videos of her dancing to EDM in her bedroom, modeling a seemingly endless parade of flamboyant outfits.

“Festivals are really such a huge part of my personality and who I am,” says Yanetti, a 24-year-old production assistant from California whose @sunshinesparkles420 account has more than 50,000 followers. “Posting on TikTok was such a great way for me and these other creators to connect with one another, and feel that community spirit we have in our festival lives, when we didn't have it at all,” she says.

Although Yanetti’s TikToks began as a personal coping mechanism, she soon realized that she was helping others deal with the anxiety and depression caused by the lack of raves. “These videos brought people joy in such a dark time,” she says.

Yanetti is one of a number of festival-loving women who consider themselves “rave moms.” (The #ravemom hashtag has more than 100 million views on TikTok.) They’re not literal moms; rather they “mother” newcomers in the U.S. EDM community. The meme-filled niche allows women to have their say in a largely male-dominated space. And now that festivals are ramping up again, the rave moms hope to create a safer and more inclusive community for EDM lovers.

For Mickie Santos, a 23-year-old journalism student and TikTok rave mom from California, the most exciting part of being an EDM influencer is welcoming new ravers into her world. She creates videos on everything from what to pack for a rave to how to rave without getting your stuff stolen.

“If you really want to get into the scene, I'll go ahead and guide you. There’s so many little things that people may not know about,” says Santos, whose @.wonderli account has more than 38,000 followers.

Among the “little things” is the trade of “kandi” (small trinkets like bracelets), which occurs between ravers via a special handshake. “I didn't know about kandi until I went to my first festival,” she says. “It’s a staple in our community. I guess one of my missions is to spread awareness, because it’s a very important thing.”

Santos, like many rave moms, has entered into brand partnerships, which would seem to go against the anti-capitalist ethos at the heart of EDM and rave culture. But she sees nothing wrong with the practice: “We always choose brands that we think people need. I do this to help people feel prepared when it comes to festivals.”

Yanetti is also an advocate for the power of well-placed brand partnerships: She’s been promoting ear plugs, inspired by her 65-year-old mother, who requires hearing aids due to too many concerts in her youth. “I feel as though, depending on the partnership, it can be very beneficial because some products really do help,” Yanetti says.

Her true passion, however, is sharing the extravagant fashion — like matching neon-yellow shorts and crop tops, and winged costumes — that she feels is integral to the scene. “I get comments all the time asking about what to wear for different circumstances,” she says. “It makes me feel great to help people find something they feel good in.”

Yanetti says #ravemom videos are a helpful starting point for curious outsiders. That was the case for Rhylon, a 34-year-old male EDM fan from Virginia. “Raves had always interested me, but seemed like a culture that you were either already part of or needed to know someone to get into,” he says.

“There’s something wonderful about the community that lies beyond the humor or the instructional how-to videos,” Rhylon adds. “And thanks to TikTok, I’ll be going to my first rave this year.”

Although content creators in this space are excited to expand America’s rave family, they also work to combat the scene’s druggy reputation. “A lot of people think that the EDM community is all about the substances that come with it and that you need them to have fun at these festivals,” says Santos. “But that’s literally not the case. It’s actually a really touchy subject.”

However, rave moms want to make sure those who do partake in drug use are as safe as possible. Caitlyn Taylor, a 23-year-old vet tech and rave mom from Colorado whose @mamawook account has more than 16,000 followers, uses her platform to spread awareness of safe drug use, and how to look out for — and look after — ravers who are using substances like MDMA.

“I’ve seen people at shows sitting alone because they’re not able to handle whatever they’re on,” says Taylor, who is now a sober raver. “Or I’ve seen people taking something without testing it.”

She has posted videos on everything from the type of research one should do before consuming illicit substances to the importance of staying hydrated while on drugs. “I feel like it’s vital for people to know that stuff,” she says. “It’s super-inspiring to feel as if you helped somebody else because of what you posted.”

Drugs aren’t the only thing on the agenda of TikTok’s rave moms. They want to make events a safer space for women, too. Yanetti, who estimates that her followers are 75 percent male, has seized the opportunity to educate men on sexual harassment. “There are definitely some creepers, and I’ve made a video or two about that,” she says.

Yanetti has posted videos that encourage male ravers to think about consent, even making light of the horror of encountering a rogue penis mid-rave. “Men have commented to say they’ve seen their behavior in that video, and it’s made them realize that’s not okay,” she says. “Some have even said they’re going to change their ways.”

Taylor thinks TikTok is incredibly important, as it allows rave moms to pass on proper etiquette to the next generation and improve the scene for everyone. “One of my biggest things that I teach is respect. A lot of us want new people to come into this community and enjoy it,” she says.

Now that festivals are really happening again, Yanetti is excited to see how the guidance of rave moms will be applied by newcomers IRL. “I think it’s going to be very interesting to see how things change when people finally leave their bedrooms,” she says.