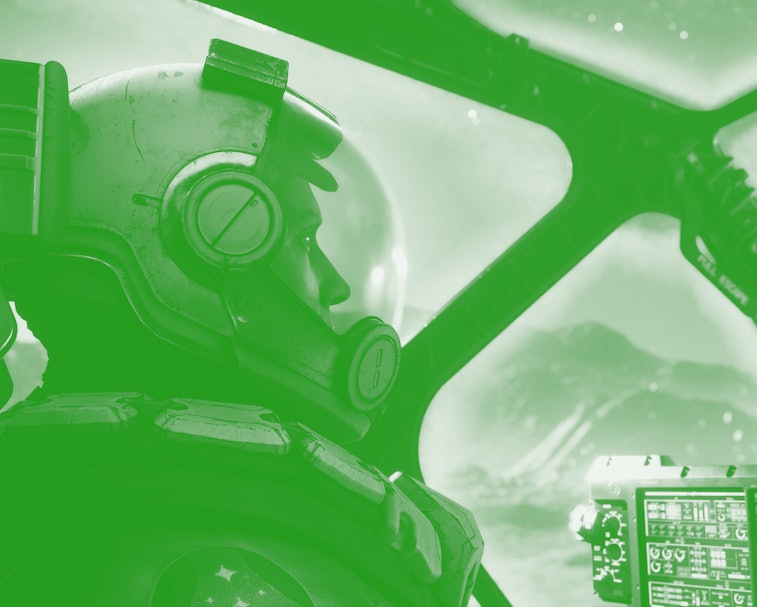 Bethesda's Starfield is arguably the most anticipated new gaming IP of the moment, and now that we've finally seen it in action, we're seeing a mix of hype, anticipation, and — of course — memes.

Described by Todd Howard as "Skyrim in space," Starfield looks a lot more like a combination of No Man's Sky and Fallout 4 to my eyes, and I'm not the only one. Howard's claim that the game will have literally thousands of planets to explore has been the subject of a lot of mockery and memes in the 24 hours since the gameplay reveal.

Acres of nothing — After the No Man's Sky controversy — which was mostly undeserved, by the way — I think everyone is a bit skeptical of claims about the size of open-world games. (Is bigger better? Really depends on your perspective.)

In particular, I've seen at least a dozen variations on this old joke: "See that planet? You can land on it." Other observers poked fun at the game's inclusion of lockpicking mechanics, which are a staple of Bethesda's open-world games. While they don't make a ton of sense in a sci-fi environment, I think we can give Todd a pass for this one.

Similarly, others pointed to the game's zoomed-in first-person dialogue as a uniquely Bethesda approach to NPC interactions. Personally, I've always hated that approach — it comes off as extremely stiff and artificial — but I suppose we can give them points for consistency at this point.

The most impressive part of the presentation came when Howard showed off the depth of customization available for both your character and the ship you control, as well as the ship-flying itself. (We already knew it was in the game, but it’s still nice to see.) Aerial dogfights are definitely new ground for Bethesda as a developer, but it remains to be seen if they'll play as well as they look.

We have liftoff — I think it's fair to say that the showcase was successful, as the overall reactions to it have been quite positive. However, as a noted Bethesda hater myself, it did very little for me. The fundamental problem with the studio's games — quantity over quality, breadth over depth — has remained consistent for decades now. Todd Howard pointing to thousands of procedurally-generated planets as "content" makes it pretty clear that the studio is sticking to the formula that got it this far.

The one big question mark for Starfield remains its release date. Recently, we heard a rumor from Microsoft that it’ll release in the first half of 2023, but who knows if that’ll happen. After all, it’s been delayed before.