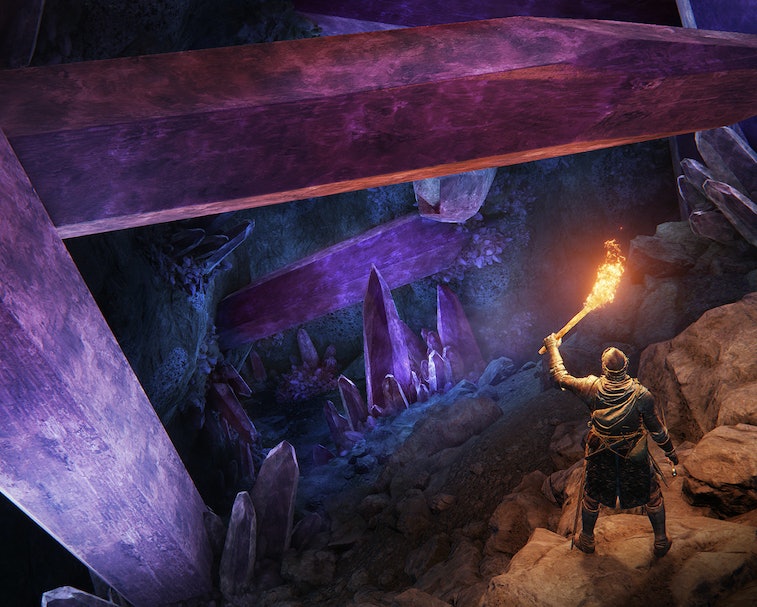 The Souls games and recent entry, Elden Ring, deserve most of the praise they've garnered over the years, but the community that surrounds them can be a bit overzealous at times. Now, a small but growing Elden Ring lore channel has been accused of mistranslating (or perhaps outright fabricating) the Latin lyrics of various boss themes from the game. And while the case appears to be pretty open-and-shut — at least to my ears — it's certainly one of the strangest video game community clashes I've seen in a while.

Dead language? — The YouTuber in question is named Daniel Olmos. Over the past week or so, Olmos has uploaded four videos of boss themes from the Elden Ring OST, accompanied by "fan-translated" lyrics (from Latin) that they've apparently been able to discern from listening to the soundtrack over and over.

It didn't take long for these lyrics to go viral on online gaming forums like the Elden Ring subreddit, where one of the videos got more than 25,000 upvotes. However, yesterday, a Redditor who goes by "Magister Organi" pointed out some problems with Olmos's translation on the subreddit, and opined that the choral vocals in the soundtrack are just nonsense faux-Latin syllables generated by music software.

According to the above post, Magister Organi was banned from the Elden Ring subreddit for this post, apparently for "witch-hunting." The above viral post was also removed, but several other translations (which appear to be posted by Olmos himself) remain, albeit with only a few upvotes each.

Too good to be true — You can listen to the above video and decide for yourself. For my money, regardless of any mistakes in the Latin translation — which Olmos fully acknowledges in the video description — it's pretty clear that the "lyrics" are indeed just random faux-Latin syllables designed more to create an epic feel rather than conveying hidden lore details. (Regardless, it is pretty funny that Olmos apparently heard Godrick call himself a "dwarf behind all others in stature." Accurate, if nothing else.)

But it seems a bit hasty to accuse Olmos of purposefully mistranslating these lyrics for attention rather than considering the possibility that the YouTuber just heard what they wanted to hear, and then used Google Translate to make it sound believable to fans.

Endless cycles — As a Souls fanatic myself, I'm sad to say that this isn't the first time a fan has tried to translate lyrics from boss themes. Years ago, there was a minor community dust-up over Sir Alonne's boss theme from Dark Souls 2, and you can find videos purporting to display the supposed lyrics on YouTube even today.

However, there is a basis for this in FromSoft's previous games. Miyazaki's masterpiece, Bloodborne, has the same Latin-sounding choral backing to its themes as the Souls games, but it seems that they actually mean something in the dead language. Furthermore, if you listen to the videos on YouTube that show off these translations, it actually sounds like the lyrics on the screen, and they do pertain to the game's lore. Yes, Bloodborne continues to be the best one in ways that you didn't even know about.

Confusing matters even further, however, there is at least one song in Elden Ring that absolutely is in Latin, and it even has a legit translation to go along with it. You may have noticed the bat mothers in certain areas of the game singing a ghastly tune to themselves. (Personally, I took it for an NPC singing, and I got my ass kicked by the bat's children trying to hear the whole song.) That song is actually in Latin, and it describes some aspects of the game's worldbuilding, albeit in very general ways.

Oh, Miyazaki, will you ever stop trolling us?

For more on Elden Ring’s lore, check out why its evil paths are worth exploring, unlike every other RPG out there. At least this distracts fans from arguing over its supposed “easy mode” — for five minutes, that is.