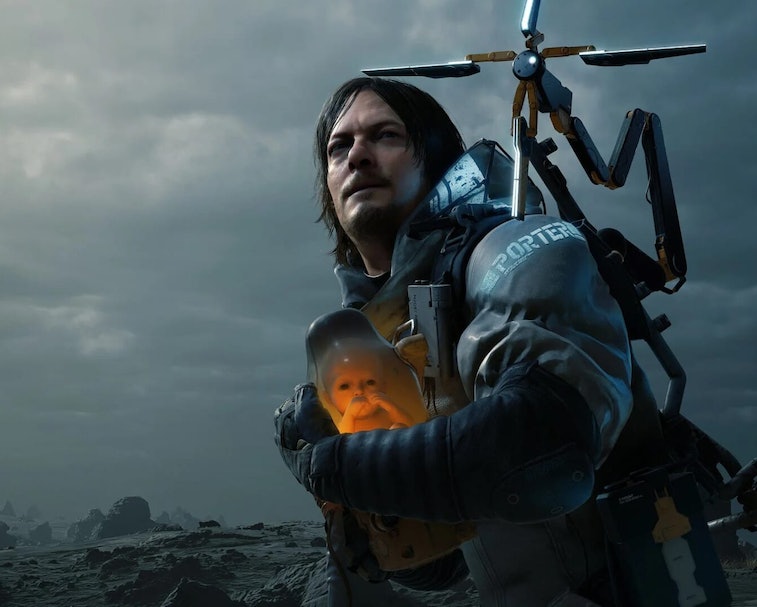 It's been a banner month for Hideo Kojima fans, as new details of a supposed new IP from the mind behind Death Stranding leaked online recently.

As usual with these sorts of tasty leaks, we should note that the details should be considered highly unconfirmed. However, leaker Tom Henderson claimed that Kojima Productions reached out to ask him to remove the report, which would seem to bolster its legitimacy.

Less than solid — Henderson's report is short and thin on details — he says that it's based on early footage that an anonymous source sent to him. The game is apparently called Overdose, and it stars the actress Margaret Qualley, who played the role of Mama in Death Stranding. According to Henderson, the footage shows a character walking around dark corridors with a flashlight, before a jump-scare triggers a Game Over screen, punctuated with the text "A Hideo Kojima Game."

Over the past few months, we've heard rumors from reliable insiders like Jeff Grubb that Kojima has been in talks with Microsoft to publish his next game. However, now that Kojima's best pal Norman Reedus casually confirmed the development of Death Stranding 2 in an interview, it's not clear if that "next game" is this Overdose or the sequel to one of the most divisive games in recent memory. Personally, I'd bet on the new IP.

A new era? — It's difficult to know what to think of a new Kojima game series in this day and age. Death Stranding saw the visionary director fully embrace his idiosyncratic style to commercial success. As a big fan of the canceled Silent Hills concept, I would love to see what he does with a horror game.

That said, I also feel that Kojima desperately needs someone to check his tendencies towards empty wordiness and misogyny. Unfortunately, at this point in his career, I don’t that changing on its own.