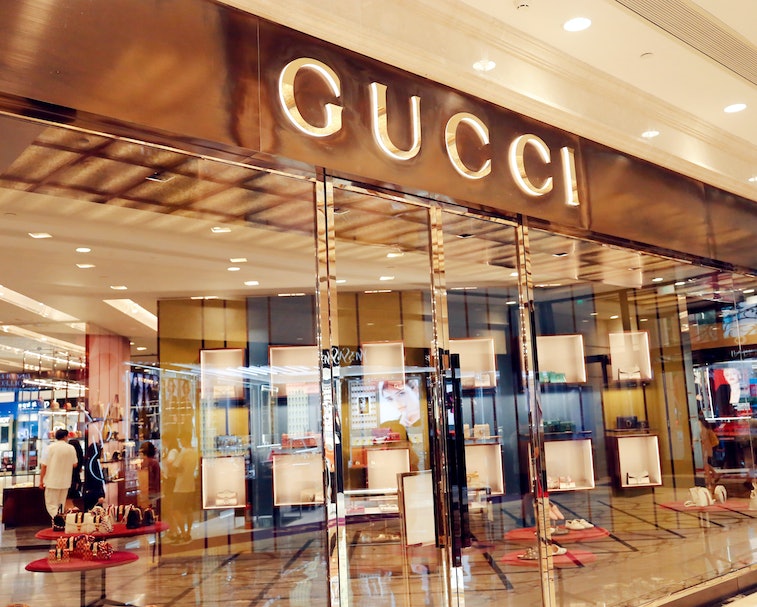 Have more ApeCoin than you know what to do with? How about heading over to the Gucci store for a new bag? The luxury fashion house announced it will now be accepting ApeCoin as a form of payment through BitPay’s blockchain tech. You can use the coin for in-store purchases in select boutiques in the United States.

ApeCoin, the official cryptocurrency for the Bored Ape Yacht Club, is just the latest cryptocurrency to be accepted by Gucci. The Italian brand started accepting Bitcoin and Ethereum earlier this year in addition to altcoins like Dogecoin. In order to use crypto in-stores, Gucci customers are sent an email with a scannable QR code.

But why ApeCoin? — Gucci’s decision to accept the cryptocurrency is a curious one considering ApeCoin is currently ranked 31st by CoinMarketCap. Ever since it launched back in March, the coin has struggled to garner much long-lasting momentum. Even during its debut, the token’s value plummeted within hours and has fluctuated since. At the time of writing, it sits at $6.74 per coin.

“We added ApeCoin and Euro Coin because customers of our luxury merchant partners asked for it,” BitPay CEO Stephen Pair said in a release. “They asked, and we delivered.” It’s worth noting that Bored Ape Yacht Club co-founder Guy Oseary already has close ties with Gucci, meaning their business partnership may have been a natural next step. Oseary also sits on 10KTF and ApeCoin’s Yuga Labs leadership teams.

Going digital — The payment update is just the latest digital move for Gucci. Although some brands and celebrities have embraced the metaverse through one-off NFT collections and Roblox partnerships, Gucci seems to be incorporating web3 into its entire business model. As Vogue Business’s Senior Innovation Editor Maghan McDowell pointed out, “Already, 70 percent of Gucci’s full directly operated network in the U.S. accepts payment in 10 cryptocurrencies, with remaining stores coming the first week of August.”

In June, the brand announced a $25,000 investment in NFT marketplace SuperRare’s decentralized autonomous organization (DAO) and launched the Gucci Town metaverse world on Roblox in May. Gucci has also launched “Next 100 Years of Gucci” NFT installments showcasing the digital artwork of various artists with a fresh take on what the future of the brand will look like outside of physical fashion.

Whether or not a further Gucci collab with the Bored Ape Yacht Club is in the works remains to be seen. Either way, ApeCoin may just be your ticket to more Gucci in your closet.