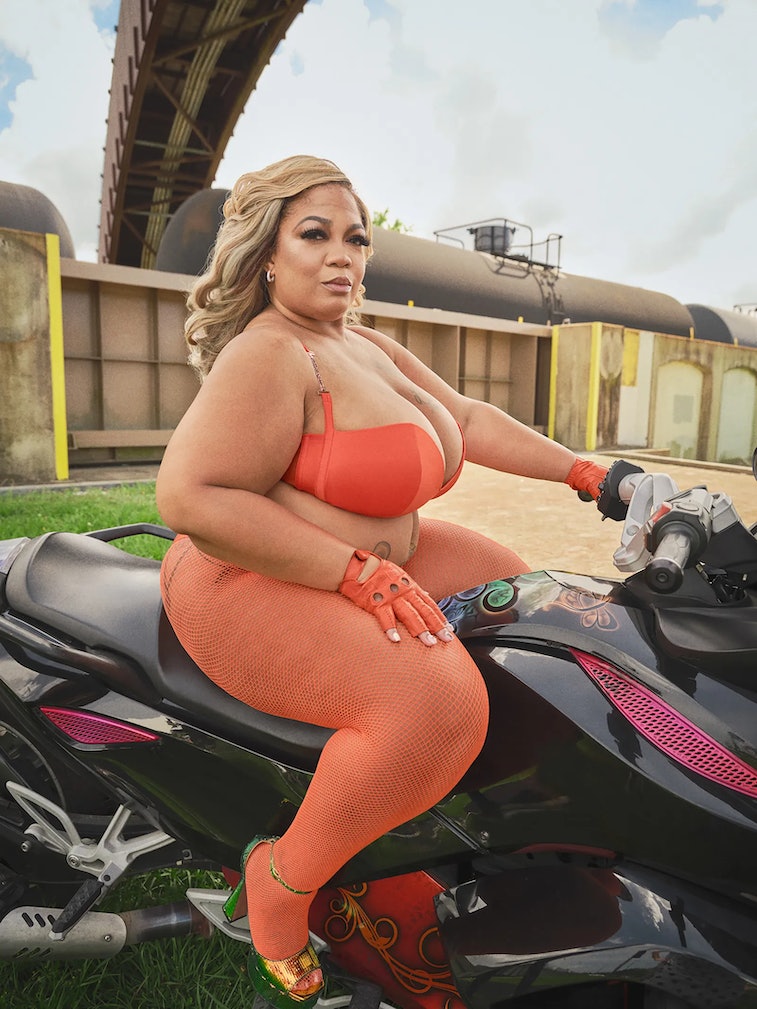 “The Caramel Curves show the world what being a badass boss is all about, while bringing sexiness along for the ride,” Rihanna said in a press release. Her statement is proven by Savage x Fenty’s campaign video: “We gon’ pull up next to you. We gon’ cut up better than you. We gon’ ride off faster than you,” a member of the Curves says while donning a black lacy set on her bike. “And we gon’ do it while looking better than you.”

Making bustiers badass — Founded by Nakosha “Coco” Smith and Shanika “Tru” Beatty in 2005, the Caramel Curves can be seen cruising around New Orleans in fishnet body stockings, lacy opera gloves, and floral bustiers — which aren’t too different from their usual looks, according to Smith. “We are always blinging and glistening. Anything sequins, rhinestones — we’re going to wear it,” she told Vogue, noting that the traditional leather vests and handlebar ‘staches associated with motorcycles aren’t the only tried and true biker style.

President Andrea “Hoodpris”” Shepherd and members Tierra “Choosy” Thomas, Kimberly “Karma” Gilbert, and Dezel “First Lady Fox” Hayness accompany Smith and Beatty in the campaign. Beside their two-wheel rides, they model orange bras and matching underwear, along with an all-black slip dress paired with patterned tights. A flower-print set is shown off with matching motorcycle gloves and white heels for a full look.

Don’t curve this collection — Also included in the new collection, though not shown on the ladies of Caramel Curves, are lime green bustiers made of satin and lace, matching garter belts, blue butterfly pajama sets, and purple undergarments — perhaps more suitable for the bedroom than motorcycles. Like most of Savage x Fenty lingerie, the August offerings are available in sizes XS to 3X and 32A to 42H.

Perhaps the brand’s most badass capsule yet, the pieces are now available on the Savage x Fenty website. Motorcycles sold separately.