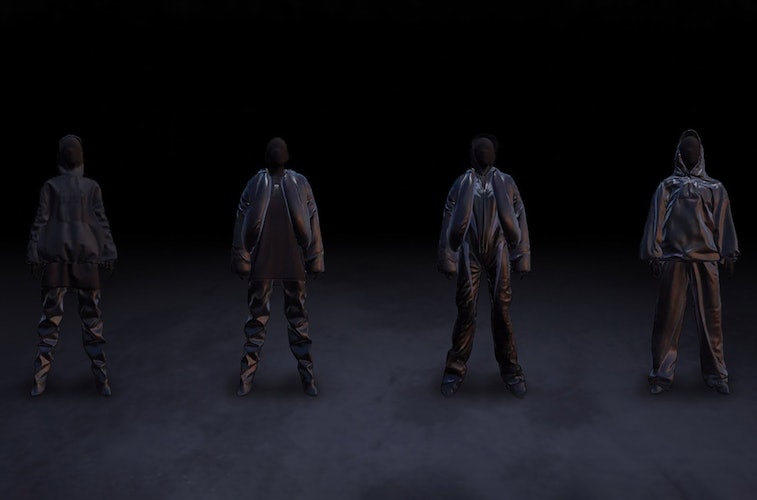 Yeezy Gap Engineered by Balenciaga has returned, albeit digitally. The three-way partnership, headed by Ye and Demna Gvasalia, has introduced a video game to coincide with its first in-store launch. The virtual experience allows players to choose an avatar and dress them in Yeezy Gap Engineered by Balenciaga before flying through the sky, where a player’s goal is to collect as many doves as possible.

Years in the making? — Balenciaga has already explored video games on its own, debuting Afterworld: The Age of Tomorrow to showcase its Fall 2021 collection. The luxury brand is also in the midst of launching a new business “dedicated entirely to the development of products, projects and experiences” designed for the metaverse. Its video game built with Yeezy Gap may be a preview of what’s to come from the label.

Ye himself, however, has previously stated he’s not interested in the metaverse: The rapper took to Instagram in February to post a hand-written note instructing others to “not ask me to do a fucking NFT.” According to Ye, his focus remained on “building real products in the real world,” although he ended his note with “ask me later.” To be fair, his Yeezy Gap Engineered by Balenciaga video game doesn’t encourage digital versions of the pieces, instead promoting real-life sales.

In 2016, Ye dabbled in video games by creating a virtual experience called “Only One,” inspired by his late mother and his single with Paul McCartney. Like many of Ye’s endeavors, the project never came to fruition for the public to experience, but it may have helped inform the Yeezy Gap Engineered by Balenciaga video game.

Game on — Players of the game can customize their virtually rendered avatars by choosing their gender, adjusting their skin tone, and picking out Yeezy Gap Engineered by Balenciaga pieces to style. The experience will likely inspire users to pick up some of the garments in real life — or alternatively, give a glimpse into Ye’s longtime career as ex-wife Kim Kardashian’s stylist.

The objective of the video game is to collect as many doves as you can while your avatar flies through the sky. As of now, there’s no reward for winning besides bragging rights, but you can try the game out for yourself via a QR code on Yeezy Gap’s website. After you play, you can check out the latest Yeezy Gap Engineered by Balenciaga collection, available in-store for the first time at Gap’s New York Times Square location.