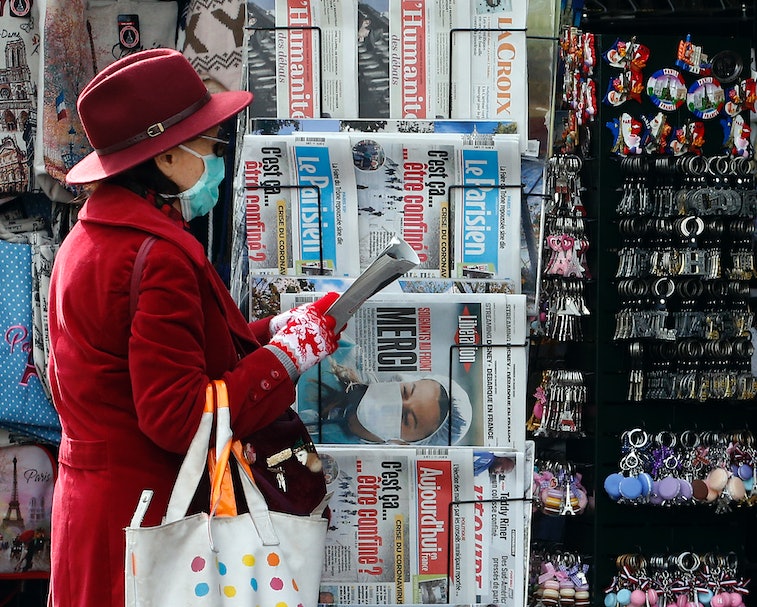 Google must pay all French news agencies and publishers for re-posting their stories, France’s competition authority ruled today. Google says it will comply with the verdict.

“Google’s practices caused a serious and immediate harm to the press sector, while the economic situation of publishers and news agencies is otherwise fragile,” says France’s Autorite de la Concurrence, explaining the verdict.

With 17 years of aggregation under its belt, this is not the first time Google’s News division has come under scrutiny for its lack of payment to publishers. But for most of its history, it's coasted along without any drama. Google will need to keep its fingers crossed that no other territories decide to capitalize on the verdict and go after their own paychecks.

France has a storied history with Google News — Google News saw its first lawsuit all the way back in March 2005, a year before the official version of the app had even launched. Agence France-Press sued Google for $17.5 million, claiming copyright infringement on the part of the news aggregator for using AFP’s photos, stories, and headlines without the agency’s permission. The lawsuit was eventually settled out of court, though neither party disclosed the terms of the agreement. Google News has hosted AFP articles ever since.

As do other countries — Other European news outlets have filed similar claims against Google News in the intervening years. Publishers in Germany, for example, lobbied for monetary compensation for so long that the German government introduced new legislation to cover extended copyright measures. Legal experts called it a “benchmark” decision.

Google’s response to this kind of action from publishers has sometimes been more drastic. This is best illustrated by a late-2014 case in Spain, where a new law threatened to require all news aggregators to pay news services to repost content. Rather than change its business models to incorporate these fees, Google completely shut down its news operations in Spain. To this day, Google News does not display any links from publications based in Spain.

Cooperating... so far — The company’s response to the latest verdict out of France has been much more cooperative than usual. “Since the European copyright law came into force in France last year, we have been engaging with publishers to increase our support and investment in news,” said Richard Gingras, vice president of News at Google.

Google News has slid by with the barest of royalty payments for years. The aggregator’s presence doesn’t seem to be hitting any nerves outside of Europe yet — but that could easily change, now that France has taken such a firm stance on the matter.