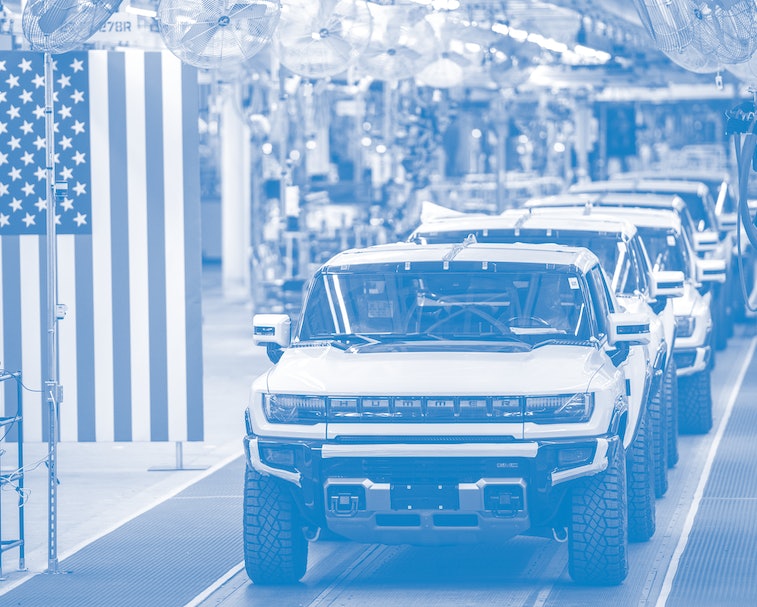 The return of the beastly Hummer in an all-electric form has proven incredibly hype-provoking, with early vehicles re-selling for double or even triple retail price. GMC’s Hummer EV isn’t actually all that friendly to the environment, though, according to research by the nonprofit organization American Council for an Energy-Efficient Economy (ACEEE). In fact, the Hummer EV ends up producing more carbon dioxide per mile driven than some gas-powered vehicles, despite not filling up at the gas pump itself.

The gas-guzzling Chevy Malibu, for example, produces about 320 grams of carbon dioxide per mile driven. The new Hummer EV, which weighs in at just over 9,000 pounds, emits approximately 341 grams of CO2 per mile driven, based on average global power grid consumption. A combination of general inefficiency and vehicle size essentially renders GMC’s Hummer worse for climate change than your typical sedan.

Fossil fuels abound — Though electric vehicles need not stop by the gas station to refuel, they do still rely somewhat on fossil fuels. This is mostly the fault of the power grid; somewhere around 60 percent of all electricity in the U.S. is created through the burning of fossil fuels. It’s the same reason other electricity-heavy appliances, like air conditioning units, contribute to climate change.

Even taking this CO2 into consideration, the majority of all-electric vehicles are significantly less damaging to the environment than gas-powered vehicles. The ACEEE cites Chevy’s Bolt as an example here; it emits approximately 92 grams of CO2 per mile driven, less than one-third of the emissions created by driving a gas-powered Chevy Malibu.

One of the biggest issues facing the Hummer EV is the classic Hummer problem: it’s just absolutely massive. Where your average EV might weigh somewhere around 5,000 pounds, the Hummer comes in at nearly double that. GMC’s Hummer has a battery that weighs more than a Honda Civic. That takes a ton of juice to charge — and, in turn, it’s leaving behind a significant trail of CO2.

“The study cited ignores other real-world importance factors and benefits of bringing to market performance-oriented EVs like the GMC HUMMER EV. Seventy five percent of the tens of thousands of customers who've reserved a HUMMER EV have never owned an EV​- many are or were pickup owners. If there’s value in convincing non-EV owners to adopt this technology, the GMC HUMMER EV (and other performance-oriented EVs) is accomplishing more in bringing EV skeptics into the EV fold and acquainted with this new technology than these glass-half-empty criticisms will.”

Moving beyond just “fully electric” — The ACEEE is putting this research out there in the hopes that regulators will re-evaluate how, exactly, they weigh the benefits of new EVs. Vehicle efficiency must be considered in programs like those that provide federal tax credit for electric vehicle purchases.

We’ve grown used to marketing gas-powered vehicles by their efficiency, so why not do the same for electric vehicles? The Hummer EV’s relatively harsh environmental impact is a reminder that not all EVs are doing as much good for the planet as we’re led to believe.

To be fair, the Hummer EV uses less than half the CO2 of a traditional Hummer. Maybe the lesson here is that the planet would be better off without any Hummers at all.