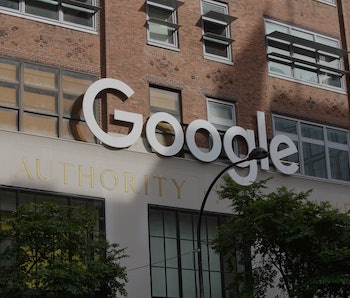 Google will begin paying publishers to license articles for an upcoming news product. It will mark the first time the company has directly paid publishers for their work after years of strong resistance. Google is facing pressure around the world over its treatment of news organizations, particularly in France and Australia where regulators have ordered the company to negotiate with news services over fair compensation for their work.

Scant on details — Google told Axios that the new product will live inside Google News and "Discover," a curated list of articles that appear on Android phones. The company will pick articles from a selection of publishers across the political spectrum, though Google says it's focusing on local publishers that cover small regions rather than large players like CNN or Fox News. Where a news organization uses a paywall, the company will compensate them to make a selection of articles free and help people discover new publishers they might not have read otherwise.

The new product will launch in three countries initially — Germany, Australia, and Brazil, though Google is working to add more countries in the coming months. Some of the initial news organizations to sign on include Der Spiegel, Tagesspiegel, and The Conversation.

The case for paying publishers — Much of the anger felt by publishers towards Google and Facebook stems from the fact that they control 70 percent of digital advertising revenue as readers abandon print in favor of reading online. The two companies take in most advertising revenue, but publishers argue they deserve a bigger slice of the pie because their content drives people to use those platforms. Google in particular serves as merely an intermediary between a person and their destination, often a publisher, yet Google gets all the upside.

Coincidentally, The New York Times reported today that inside the U.S. Justice Department's antitrust investigation against the country's biggest tech companies, Attorney General William Barr is most interested in going after Google. The timing of today's announcement from Google and lack of specifics seems less than coincidental in that light. Google is seeing that the tides have turned and it might be better to make its own changes so as to lessen any punishment by regulators.

Facebook has also been pilloried over the years because it frequently invests in news initiatives, offering publishers large sums of money to produce new story formats, only to lose interest and abruptly pull its investment with little notice. The company recently launched yet another such initiative, a News tab that aggregates articles from local and national publishers and serves to drive traffic to their sites. Facebook is paying some publishers to offer their stories in the tab. It's also investing in news shows for its video tab called Watch. It remains to be seen how successful those might be after so many failed starts.